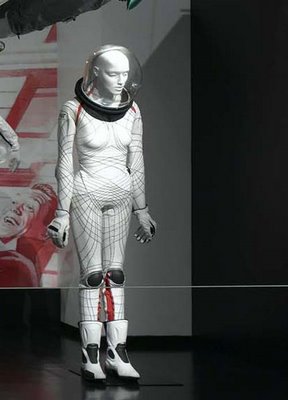 "We need to design some pretty revolutionary spacesuits if we're really going to realize human exploration of other [planetary] bodies.” – Dava Newman in the Christian Science Monitor, 2005.

“BioSuit,” a form-fitting next generation spacesuit prototype by MIT aeronautics and astronautics professor Dava Newman (modeling it below) is on view in the exhibit “Superheroes: Fashion and Fantasy” at New York’s Metropolitan Museum of Art from May 7 to Sept. 1, 2008.

Pictured at top is “BioSuit” on view in the “Aerodynamic Body” portion of the Met’s exhibition (courtesy of The Metropolitan Museum of Art/Anna Marie Kellen). Pictured below is a photo (by Donna Coveney for MIT News) of Newman modeling the suit. 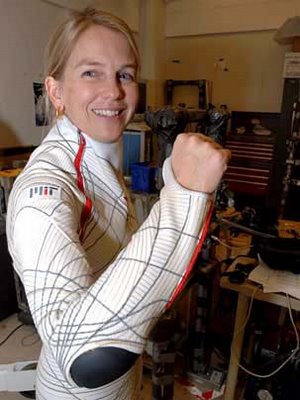