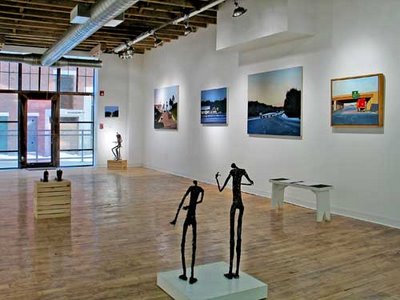 MPG Contemporary at 450 Harrison Ave. will close after its next show.

“My lease was up,” owner Michael Price says, “rents are up, the economy’s not good.”

He opened the gallery on Newbury Street in 1998 and moved to his current location roughly five years ago. A highlight of the gallery’s programming has been its annual “New Art” show, an exhibit of emerging artists from across the country juried by prominent local museum curators (Rachel Rosenfield Lafo, Raphaela Platow, Linda Norden, Ted Stebbins, etc.). The gallery’s final show will be a retrospective exhibit from June 6 to July 12 featuring some two dozen artists who have shown at MPG Gallery over the decade it’s been in business.

Asked about his future plans, Price says, “I’m going to take a little time off and look around.”