After 10 Boston galleries close, where is the scene going?

Since the start of the year 10 Boston galleries have closed (11 if you include artSPACE@16 in Malden). Here’s an excerpt from my report in this week’s Boston Phoenix summarizing the changes and considering what they mean for the sort of art that will (and won’t) be seen around Boston:

By September, the Harrison Avenue gallery district seemed to have become a zombie, stiffly stumbling forward, as the citywide exhibit-space upheaval that began this past spring caught up with the neighborhood. Ten galleries were shuttered across Boston in 2008, seven of them in the South End, driven mostly by expiring leases and gloomy economic forecasts. The number of local venues deeply engaged in the future of contemporary art — particularly locally-made contemporary art — shrank. This fall, with each day auguring further economic catastrophe, the future looked even worse.

But this past week, Harrison Avenue came back to life, abuzz with hundreds of people out for the First Friday gallery receptions. All told, eight galleries have opened or changed addresses in the district since February. On Friday four of those galleries participated in the monthly showcase for the first time since settling in. Two more spaces are slated to open there next month.

Note that I overlooked one more new gallery: Nantucket-based Quidley & Company opened a Boston branch at 118 Newbury St. in October. I’ve not been there, but they seem to specialize in traditional realist painting. Also, in the Phoenix essay I purposely did not count two other new Newbury Street ventures: Lumas, the local outpost of a photography gallery chain, and Galleria Florentina, a home furnishings boutique.

A summary list of my previous reports on the Boston gallery shakeout is here.

Pictured: The First Friday receptions on Harrison Avenue on Nov. 7. From top to bottom: The window of the moved Howard Yezerski Gallery; Stephanie Walker (center) at her new Walker Contemporary; Yezerski inside Lalla Essaydi’s installation at his gallery; Arlette Kayafas inside her moved and expanded Gallery Kayafas; Boston photographer Bruce Myren hugs a guest during the opening of his show at Kayafas; visitors explore Essaydi’s installation at Yezerksi. Photos by The New England Journal of Aesthetic Research. 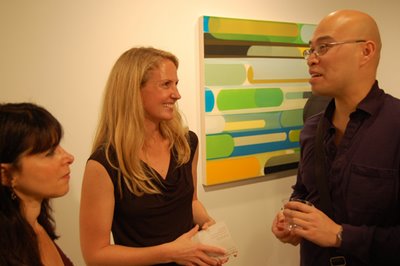 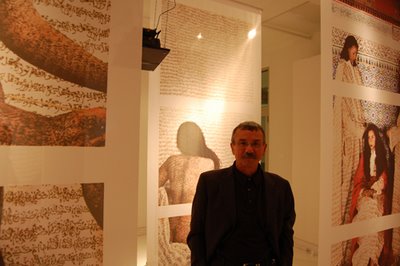 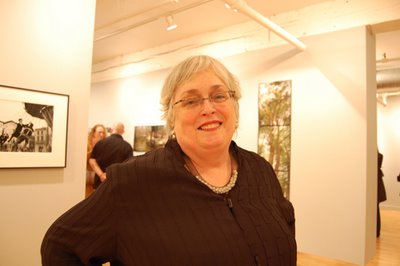 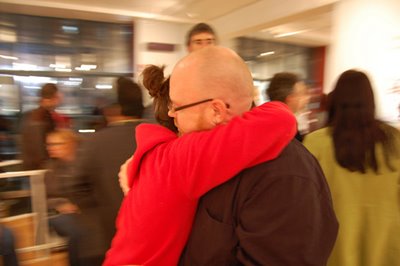 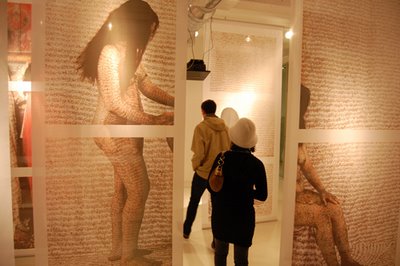