It was September 2004 when Pawtucket photographer Peter Goldberg first descended into the sewer overflow tunnel that the Narragansett Bay Commission was digging under Providence to keep crap — literally — from overflowing city pipes during heavy storms.

At a construction trailer on Allens Avenue, he was given a half-hour safety orientation and issued a hard hat, goggles, ear plugs, tall rubber boots, and a backpack holding a breathing apparatus in case — heaven forbid — something went horribly wrong. And, of course, he was required to sign the usual waivers. Then he climbed into a metal cage and a crane lowered it down a circular shaft some 300 feet (30 stories) into the earth.

"It's just cement-lined most of the way, until you get down to the very bottom. Then it opens up into like the Batcave," Goldberg, 43, tells me. 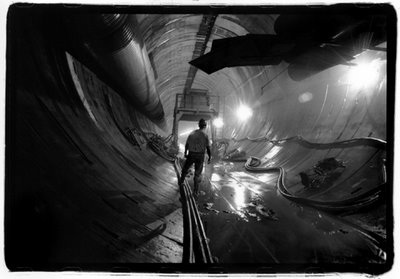 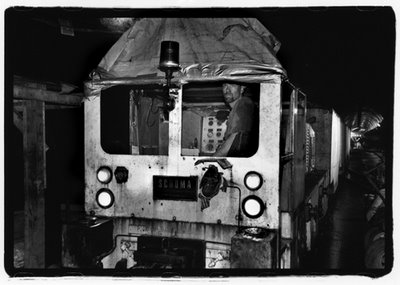 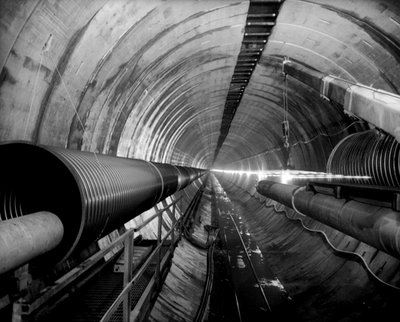 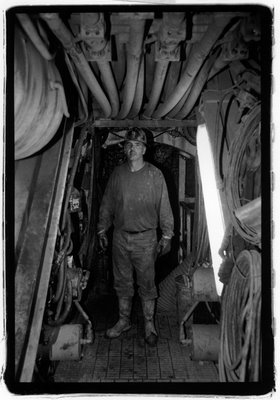