“Salt of the Earth” at Montserrat 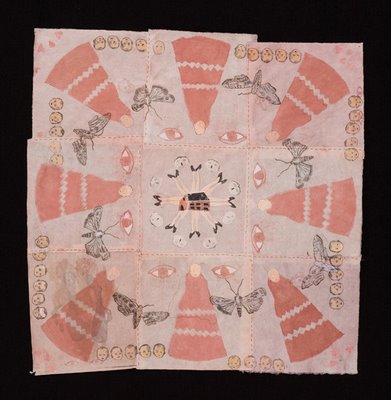 From my review of “Salt of the Earth” at Montserrat College of Art in Beverly, Massachusetts:

Montserrat College of Art in Beverly rounds up its own summer survey by inviting each of seven local curators to pick one artist who (loosely) fits the show's title, "Salt of the Earth." Montserrat assistant curator Shana Dumont chose David Curcio of Watertown, who combines folksy 19th-century imagery with etching, woodcut, pencil, paint, and stitched thread for a charmingly old-time handmade goth look. “100,000 Fish Caught in Two Tides” shows a steepled red mill or church building sprouting the floating heads of a family tree. Four birds, like time-lapse photos, flap away to freedom. The scene is surrounded by a border of winding leafy branches plus vignettes of birds, buildings, and a dour woman. Curcio's work doesn't feel deep, but it's catchy.

Camilo Alvarez picked a sculpture duo from his Samson Projects gallery, Alexi Antoniadis of Newtonville and Nico Stone of Chelsea. Their stuff distills the saddest bits of urban garbage and decay in an off-kilter mix of minimalism and the au courant "scatter trash" style.

By the bye: If Montserrat continues this exhibition series, it may be wise to restrict curators from picking artists they represent or that are their coworkers. This show leaves itself open to charges of nepotism as the commercial gallery curators here pick artists from their gallery stables and Jose Luis Blondet of the Boston Center for the Arts picks that institution’s gallery manager. Not that these picks themselves are bad, they’re actually on the whole good to great. 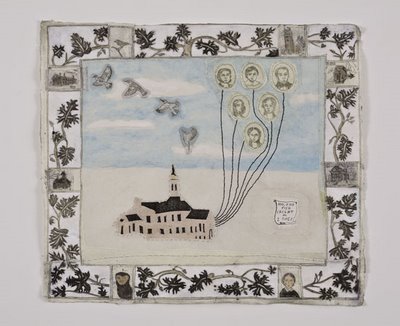 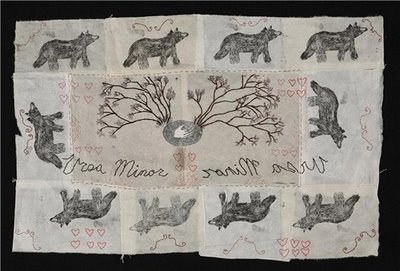 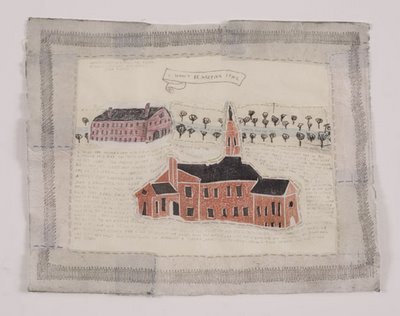 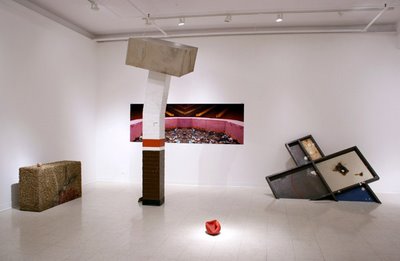 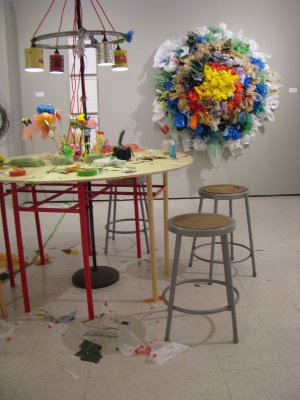 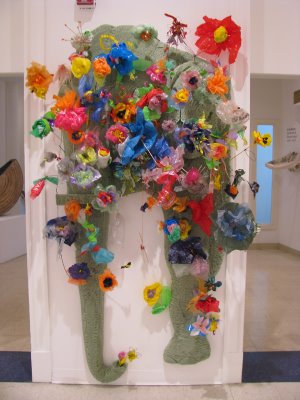 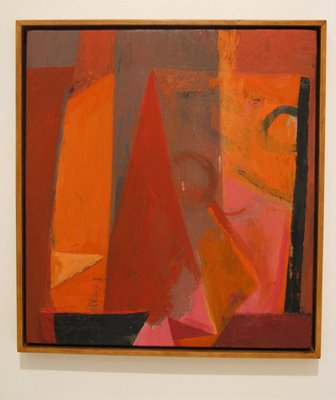 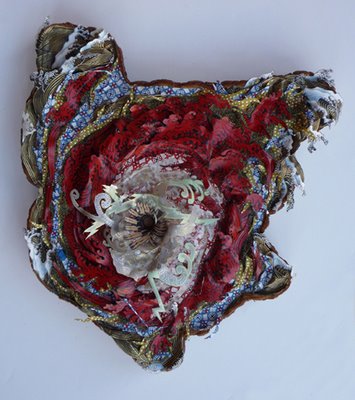