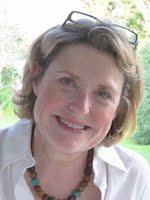 Mary Ann Schierholt has been named executive director of the Center for Maine Contemporary Art, the Rockland nonprofit announced. Curator Britta Konau has been serving as the center’s acting executive director since president and chief executive officer Oliver Wilder left in December 2007.

The center reports: “A graduate of Rutgers University with degrees in Labor and Management Relations and Sociology, Ms. Schierholt has extensive managerial experience and has built top real estate sales firms in New Jersey and California. Her non-profit experience includes establishing in New Jersey a statewide outreach program for teenagers, a program that continues to thrive. Ms. Schierholt moved to Owls Head last year after being a part-time resident of the area for many years; her husband, Dale Schierholt, is a documentary filmmaker focusing on art and artists, and whose recent work includes films on Robert Indiana, Louise Nevelson, and Harold Garde.”