Giant pumpkin regattas are Oct. 11 and 18 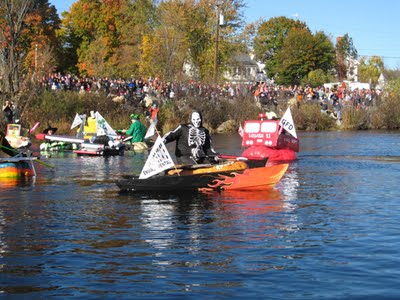 One of the awesome outgrowths of the boom in giant pumpkin growing over the past generation has been giant pumpkin regattas. At least three are planned across New England this fall: Damariscotta, Maine, and Burlington, Vermont, on Oct. 11; and Goffstown, New Hampshire, on Oct. 18.

The classic-type giant pumpkin regatta involves hollowing out the giant gourds, strapping on outboard motors, sometimes decorating the pumpkins, and definitely racing them in your local body of water. Though there are also paddle versions for more gentle souls.

Damariscotta began holding it regatta on the Damariscotta River with one vessel in 2005 . The following year, there were two. In 2007, it was 8. Last year had 14 pumpkin boats in two divisions: paddleboat and motorized.

Burlington is holding its second annual regatta – a paddle version – on Lake Champlain. The Goffstown Main Street Program has been organizing a regatta on Piscataquog River since 2000. 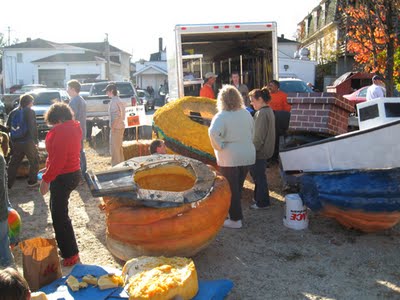 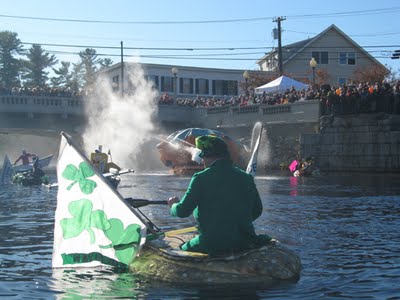 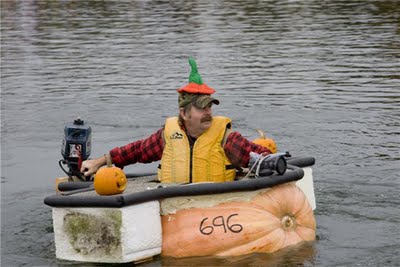 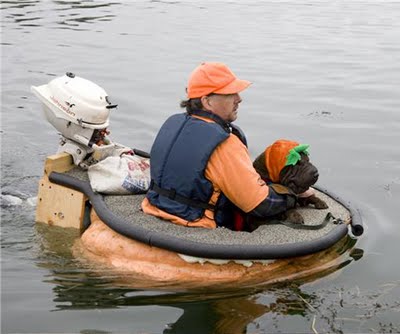 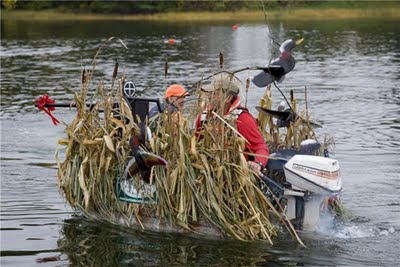 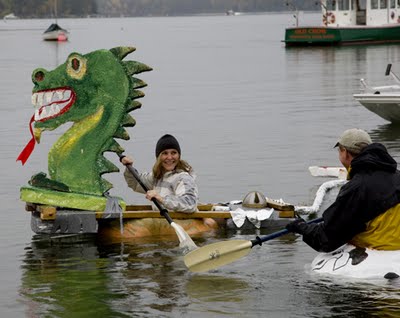