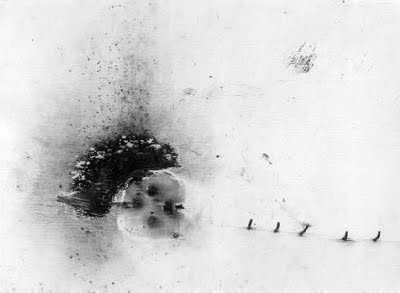 The other day I argued that “Photography has been New England’s greatest contribution to art of the past century” and included a list of names: Harry Callahan and Aaron Siskind at RISD; Gregory Crewdson in western Massachusetts and Joel Meyerowitz on Cape Cod; Eliot Porter in Maine; Harold “Doc” Edgerton, Berenice Abbott, Nan Goldin, and Nicholas Nixon in Boston.

In a comment to my post, George Fifield suggested adding two more names: “Minor White, who though he moved around the country often, spent the last ten years of his life teaching at MIT and had a profound impact here. And someone, who, though he will not be remembered for his photography, certainly belongs in any who's who of the medium: Edwin H. Land.”

I didn’t mean for my list to be a comprehensive list, just a sampling. But since we’re on the subject …

A major starting place for this topic is the DeCordova’s 2000 exhibition – and accompanying catalogue – “Photography in Boston: 1955-1985.” Then I’d add former Photographic Resource Center curator Leslie K. Brown’s insight that this region represents a sort of photography triangle between Boston, Providence and Rochester, New York.

Whom would you add and why?

Thanks Greg and George for the shout out - my oh my, I could add so many, and go on and on...but school and paper writing calls. This is an incredibly rich area for photography, and yes, a fascinating triangle. I am humbled to live here.

How about Paul Caponigro, natural mystic, resident of Cushing, Maine? Among the younger generation I would add Scott Peterman of Portland and William Wegman, who lives half the year in Rangeley.

I'll add two more. Karl Baden, whose work never fails to amuse me. And stretching the definition a bit but not too much, Worcester's John O'Reilly, whose photographic collages are presently being shown in an amazing exhibit, curated by Trevor Fairbrother at the Howard Yezserki Gallery.