From our review of David H. Wells of Providence and Deborah Bright of Boston at the the Wheeler School's Chazan Gallery in Providence:

During trips to Israel between 2005 and ’08, Bright, who is dean of fine arts at RISD, adapted the aloof formal style of much of today’s art photography to the charged subject of the ruminants of Palestinian communities that were driven out by Jewish forces during fighting that bracketed the creation of the state of Israel in 1948. ... David H. Wells groups photos — as in midcentury magazine picture essays or medieval altarpieces — looking for telling juxtapositions in his series “Concurrence: India march-ing backwards into the future.” The photos were taken during visits to India between 1995 and 2008 and then grouped in 2007 and ’08 to show how old Indian traditions are meet-ing the global economy. 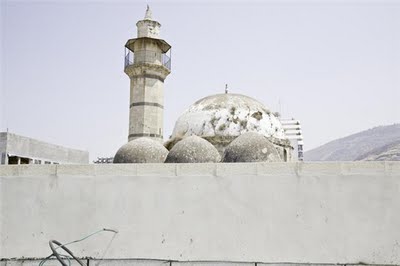 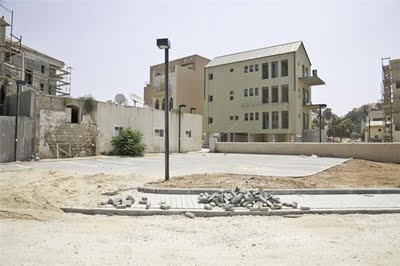