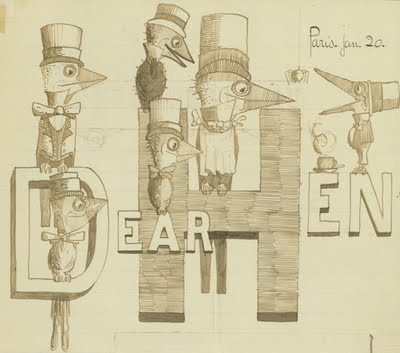 When Maxfield Parrish was 14, the Philadelphia native traveled to Europe with his parents. This was before he became a famed artist and illustrator, and before he moved to Plainfield, New Hampshire, in 1898, following his parents who had moved to Cornish in 1894. But in illustrated letters that Parrish (1870-1966) sent home to his cousin Henry Bancroft between 1884 and 1886, you can clearly see the talent and invention that would later blossom. Pictured here is a selection of these dispatches from Paris and London that is now on view at the Delaware Art Museum, which owns them. Click on the images to see larger versions. 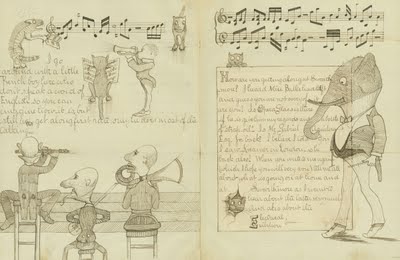 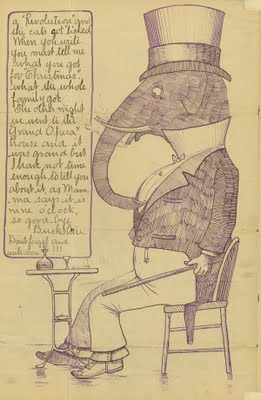 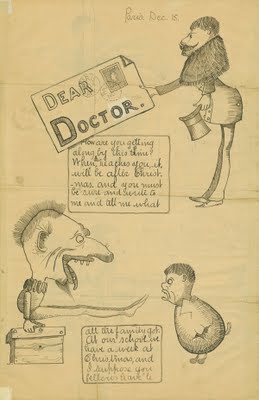 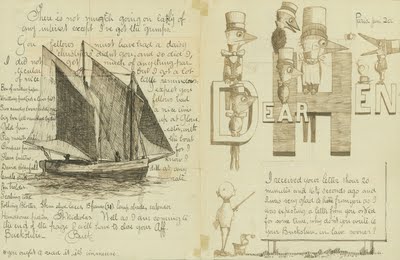 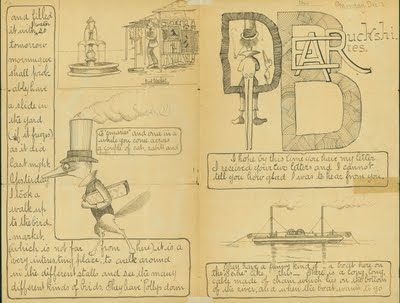