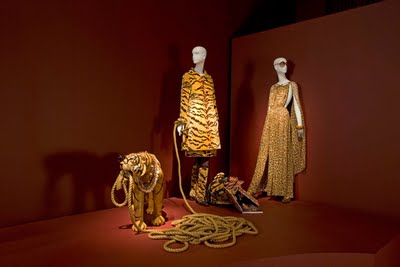 From our review of “Rare Bird of Fashion: The Irreverent Iris Apfel” at Salem’s Peabody Essex Museum and “Mary McFadden: Goddess” at MassArt in Boston:

If you were going to recount the evolution of hippie guy fashion, you might say that what began with psychedelic ruffled shirts and corduroy pants in 1968 has in late middle age split into two streams: collarless white button-down shirts, usually buttoned right up to the neck and worn with a black vest, and Hawaiian shirts. Both still

signal rebellion — the collarless shirt announces: "I'll dress up, man, but I won't be constrained by your collar" — but it's rebellion softened into something a guy can be comfortable wearing day in and day out.

Guy fashion isn't renowned for its invention, but this narrow range clarifies the corresponding ideas in women's couture that are illustrated in "Rare Bird of Fashion: The Irreverent Iris Apfel" at Salem's Peabody Essex Museum and "Mary McFadden: Goddess" at Massachusetts College of Art and Design. To put it simply (and somewhat simplistically): McFadden's refined designs parallel those collarless shirts, whereas Apfel's flamboyant wardrobe (she's pictured at left) mirrors those guys sporting Hawaiians. 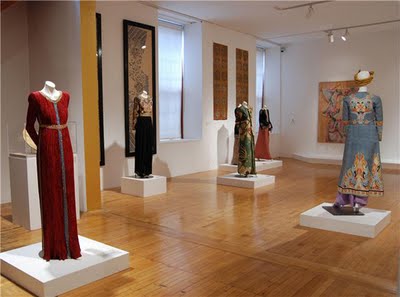 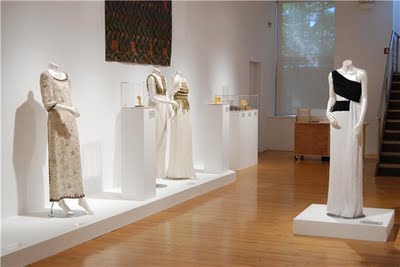 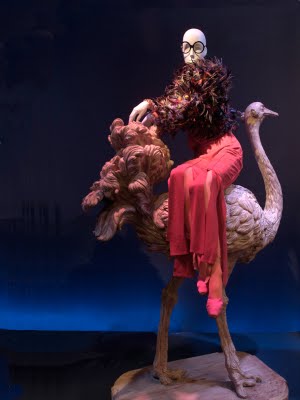