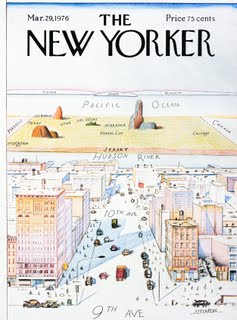 I recently posted Boston Globe critic Sebastian Smee’s response to my criticism of the lack of coverage of living Boston artists by our local mainstream media – and in particular in his writing in the Globe. Among his points was mention that in his native Australia “my experience working as a critic whose jurisdiction was the whole country rather than just a city or region, made me alert to the dangers of provincialism.” It struck me that concerns about provincialism might be the heart of the matter, so I asked him to elaborate, and below he kindly has. (I’ve also got some comments that I’ll post soon.)

Sebastian Smee: Gosh, the “dangers of provincialism”… I would say one symptom of provincialism in art (let’s assume for now it’s a negative condition) would be failing to realize that a kind of art you consider to be of great interest/special/unique is being done elsewhere, and better, and earlier. Another, related, symptom might be failing to acknowledge that something you are being congratulated for at home is in fact derivative of work done elsewhere. And yet another – reversing the terms – might be the assumption that the kind of work everyone is talking about in the big art centers is, ipso facto, better than the work being done where you are. Often it is not. (We call this “cultural cringe” in Australia.)

At any rate, in all three cases, it is good to have an idea of what is going on elsewhere to avoid the trap. But of course there is a difference between being provincial and making art that is rooted in a specific locale, a specific time, a specific way of life. This kind of art is in fact my favorite kind. But it can be from Australia, China, or New England, and I will probably like it just as much. (I dislike the idea of “international style,” in whatever form.) Obviously art from New England has no inherent virtue just because of its place of origin. But I think what you are asking is whether I have an inherent responsibility, as a Boston Globe art critic, to favor art made by living New England artists over other forms of art. 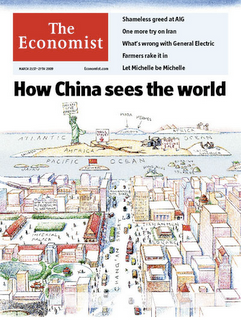 I would put it this way: I think I have a responsibility to attend very closely to what is going on here, and to find as much interesting work by New Englanders as I can – without, however, becoming a cheerleader for New England art just because it is made in New England (and there’s no dig at you here; I think what you are doing is fantastic and don’t think you are even remotely guilty of “cheerleading”).

I would also repeat, from my earlier response, that I am dependent on the kinds of work New England museums put on. And as you know, that work is by no means overwhelmingly by New Englanders. Nor should it be. One of the great strengths of New England museums (many of which are college collections) is the sheer scope of art they contain and choose to exhibit. As well, New England is not physically isolated: it is an incredibly cosmopolitan, well-educated, “connected” region. The art that is shown here reflects that connectedness.

And yet I am also fascinated by its native traditions, both recent and centuries-old, and that is why I have done as much as I can to write about, for instance, the Boston Expressionists. I am always trying to learn more and I realize that, even after 18 months, I have barely scratched the surface.

Finally, you noted in your first posting that I had written twice about Venice. It was actually three times if you count a small piece on Shepard Fairey in “Names.” But the Biennale there is the most important contemporary art event in the world, and so naturally there was a lot to write about. One of the things I did was to seek out and do a long interview with Krzysztof Wodiczko because I knew he had a show coming up at the ICA in Boston. The Shepard Fairey interview was another thing that had relevance for Boston readers, given the brouhaha at the ICA earlier in the year. Wodicko is an interesting case in point. You categorize him as a New England artist, which I suppose he is. But he was representing Poland at the Biennale (he represented Canada at a previous Biennale), and he lives much of the time in New York.

Isn’t it a bit arbitrary to describe him as a New England artist? It reminds me of Australia, where booksellers have taken to placing the novels of J.M. Coetzee, the South African writer, in the “Australian Literature” section, because he moved to Australia a few years back. But who is going to look for Coetzee’s novels under “Australian literature”?! Similarly, why should Wodicko’s abode/academic post in Boston be the thing that determines our interest in him? For me, it’s enough that he’s an interesting artist.

Careful, Greg! Smee is obviously a master of cosmopolitan claptrap. I think the key point, however - which he so graciously elides - is that you weren't really looking for promotion of New England artists so much as coverage.

Well, Greg, discussions of provincialism always spark controversy.(Dec. 17th blog) I think it's because of the two sides of the provincial coin. The OED defines provincialism in two ways: "attachent to ones's local area rather than the whole nation" and "regarded as narrow, restricted, unsophisticated or uncultural." The latter definition strikes fear in our hearts, the last thing any of us artists and critics of art want is to be considered unsophisticaed , narrow or uncultural. Eeeek. On the other hand, Emlly Dickinson rarely, if ever, left her little Amherst community, yet her poems are universal in their embrace of all human experience. So there you have it. I think what is fun is that you've raised the question of the potential of provincialism. And every case of potential has its dark side! On then with the dance.
Thanks for giving me lots to think about on a wintry day.
Jackie Zollo Brooks

Greg, As I have said elsewhere, I don't need the Venice Biennale reviewed in the Boston Globe, but I would like to know that both the Globe and Phoenix art critics are aware of what's going on internationally and can put local art into a larger context. I don't believe you can make a local art scene more important than it is, but you can (and do) make it more visible. If local art writers aren't paying attention to local artists, who will?