Another “Leonardo” in New England? 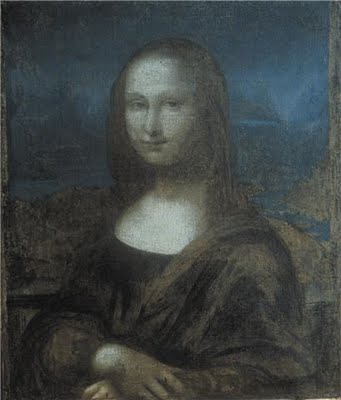 Boston’s Museum of Fine Arts may be trying to authenticate a “lost” Leonardo da Vinci painting “discovered” in its storage, according to rumors published last week by The Washington Post.

The Portland Museum of Art owns “La Gioconda” (pictured here), which may or may not be Leonardo’s study for the “Mona Lisa.” When the museum last showed “La Gioconda” in 2006, it reported:

“The painting was given to the Portland Museum of Art in 1983 by Henry H. Reichhold, a summer resident of Prouts Neck, Maine, who purchased the work in the 1960s after the death of its European owner. Subsequently, ‘La Gioconda’ was analyzed at the Straus Center for Conservation and Technical Studies at Harvard University. Conservators determined that the painting was executed before 1510—the original Mona Lisa was created between 1503 and 1507—but they were unable to confirm or refute Leonardo’s hand in its creation. However, similarities are remarkable, and the work contains the characteristics of a left-handed brushstroke, consistent with Leonardo’s work as a left-handed artist. Unlike a forgery or counterfeit work, the Museum’s Mona Lisa, on the basis of technical analyses, differs from the original in size, composition of background landscape, and, most notably, the absence of the enigmatic smile–details which suggest an early study rather than a simple reproduction.”