I’m always fascinated when artists from elsewhere make work in New England. So I took interest in New York photographer Joel Sternfeld’s “Oxbow Archive” at New York’s Luhring Augustine gallery, which features landscape photos he shot in Northampton, Massachusetts, from 2005 to 2007. The gallery says the series “documents weather and atmospheric effects in a field in central Massachusetts over the course of a cycle of seasons. Sternfeld's new work represents a break with painterly notions of the Picturesque and the Sublime.” True. In reproduction, the large (5 by 7 feet) deadpan photos are kinda bland. 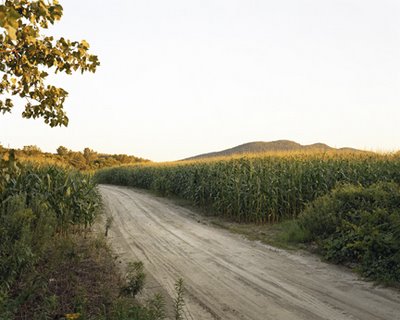