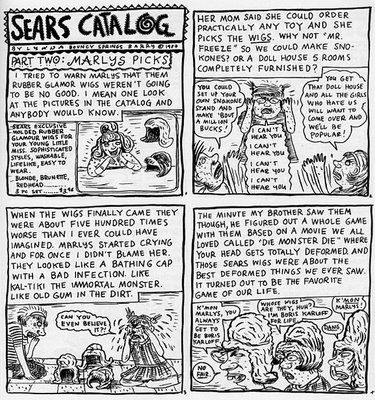 Wisconsin artist Lynda Barry spoke at Brookline Booksmith on Oct. 2, 2008. Below are excerpts from her talk: