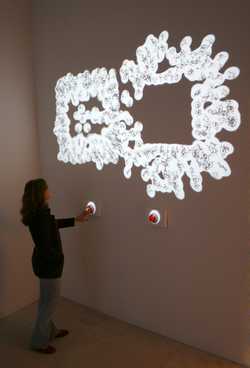 From my review of Brian Knep's “Exempla” at Tufts:

Digital artist Brian Knep of Cambridge considers the nature of community in "Exempla," his suite of six related interactive projections at Tufts University. In Erect, potato-shaped characters (drawn by a child) leap atop one another, forming precarious pyramids. They tumble down when they get too tall, or when you turn a dial on the wall that spins the whole scene like a bingo-ball tumbler.

In Expand, characters buzz around a circle of light high up the gallery wall. Turn on a timer below and a larger oval of light shines on the wall, filled with the characters. They swarm around the brighter circle of light at the top. Occasionally one squeezes inside, inflates into a giant, then drifts to the bottom.

Read the rest here (halfway down). 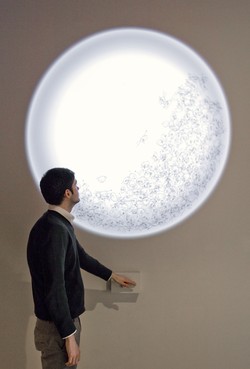 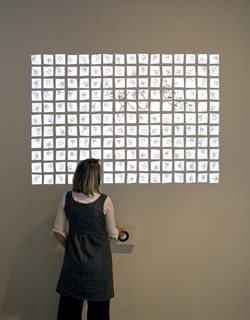 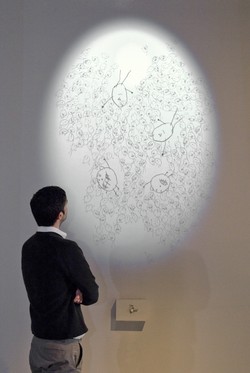