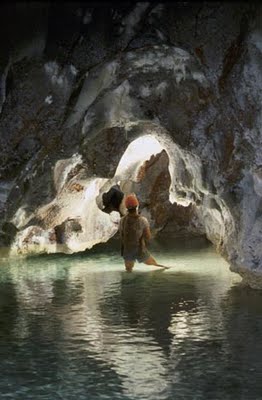 Peter Jones has been photographing caves for four decades – recording otherworldly underground stone landscapes around Camden, Maine, where he lives, but mostly these days in the Guadalupe Mountains of New Mexico and West Texas, the site of Carlsbad Caverns National Park. His work – which also includes pottery – has been featured at the Smithsonian Museum of Natural History and at Carlsbad Caverns, where he leads photo workshops and was commissioned by the Park Service in 2003 to document the caves. I recently interviewed him by e-mail, below are excerpts from his responses.

“What I aim to capture is a feeling of what I see and experience in a cave: the beauty, the complexity, the feeling of adventure and exploration, the fear one can feel sometimes, the excitement and a hundred other things. I suppose the feeling of ‘being there’ is an important aspect of it as well.” 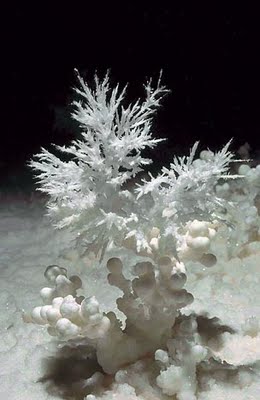 “I bought my first SLR camera in 1969 and knew absolutely nothing about it. The whole aperture/shutter speed thing was beyond my comprehension, so I decided to make up my own system: If the subject was roughly 15 feet away, I'd set the aperture at f 16; four feet away at f 4; eight feet, f 8. As such, I took many memorably BAD photos to begin with. However, every now and then the Gods were with me and I captured a good, well-exposed image. The concepts of composition, balanced lighting, imbalance and tension, movement, etc. were still way off in the future. As the years progressed and my experience grew, I tried out all sorts of ideas and experiments and began to understand what made a really good photo rather than just a snapshot of something. Somewhere in the mid-‘90s, I began to view my photography as not simply photographing something beautiful underground, but creating a work of art, of sorts, by how I created and captured that thing of beauty. I suppose it's something that all artists ultimately realize in their lives, but it was a real epiphany for me.” 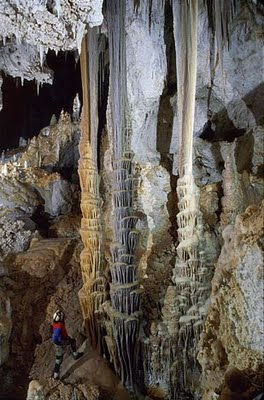 “I just led a one day caving trip a week ago here in Camden where I live. A group of new ‘spelunkers’ with lots of enthusiasm and no experience came here for the weekend and they had a great time crawling around underground. I've now dubbed them as no longer being ‘spelunkers’ but having graduated to being ‘cavers’ as we call ourselves. However, I do nearly all my caving in the Guadalupe Mountains of New Mexico and West Texas, the home of Carlsbad Caverns National Park. There are over 400 known caves in ‘The Guads,’ each one different in size and character. Some are tiny, some are gigantic and over 126 MILES in length, but they are all beautiful. I started photographing them forty years ago and still do so to this day.”

“Photographs require light and given that caves are areas of total darkness as a general rule, I must provide that lighting. 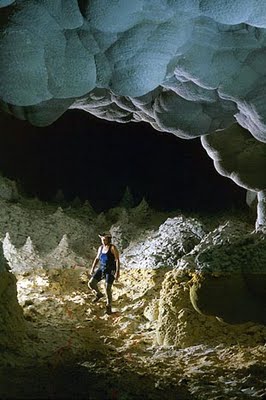 If I am shooting near the entrance, I can make use of daylight that comes into the cave entrance area, but it quickly falls off into darkness where the rest of the cave lies. If I am shooting in a commercially developed cave (with paved walkways and electric lighting), I can make use of the in-cave lighting. This can cause problems, though, due to the placement of the lighting, the type of lighting and many other factors involved. As such, the best lighting is either flashbulbs or electronic strobes. Flashbulbs haven't been manufactured in about 40 years so our supply of them is dwindling. Electronic strobes took their place and have great applications in cave photography, but you need more of them as they are not as strong as bulbs. There's a whole lot more involved than this simple explanation, but suffice it to say that I, and most other cave photogs, use bulbs, strobes and slave units to fire them remotely and concurrently with one another.”

“I used a Konica SLR for about twenty years, then switched to a Nikon FM 2, then started using a Polaroid in conjunction with them, then bought my first digital camera in the mid-nineties. I soon graduated to a Nikon D70 which I used for about four years, then sold a kidney to buy a Nikon D700 which I use exclusively. All the Nikon lenses I acquired over the years will work just fine with the D700, but I decided to buy a 24 - 70 mm, f 2.8 lens to go with it. It's the best camera gear I've ever owned and believe it will last me ten years or more.”

Photos all by Peter Jones. 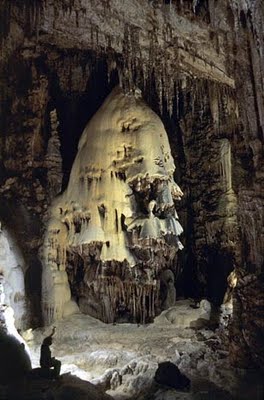 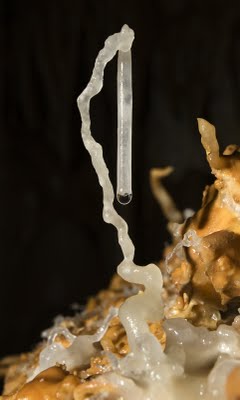 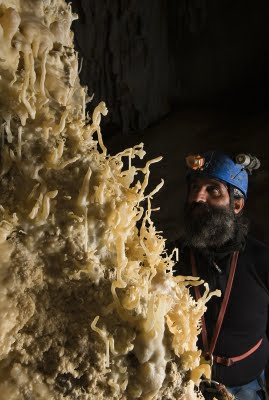 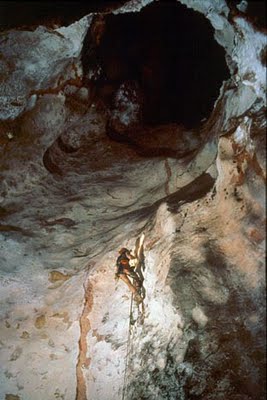 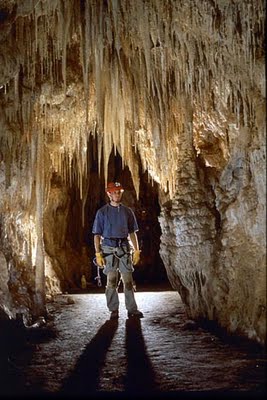