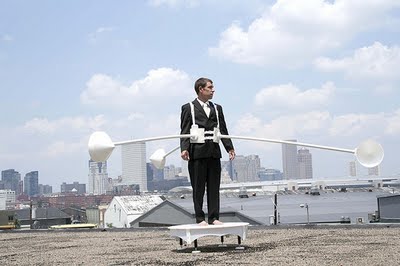 From my review of Andrew Mowbray “Tempest Prognosticator” at DeCordova Sculpture Park + Museum:

Mowbray's subject is the futility of trying to predict the weather. A video shows him on a rooftop strapped into the anemometer, or clinging to the large plastic weathervane (displayed in the next room), and standing on a lazy susan spinning in the breeze. 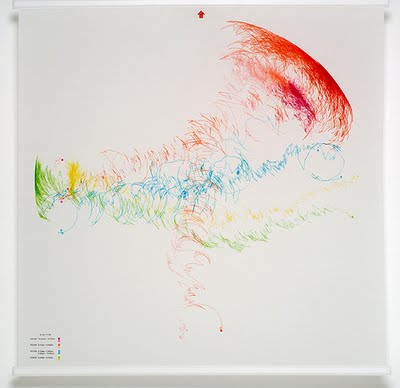 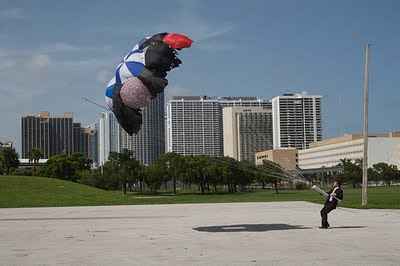