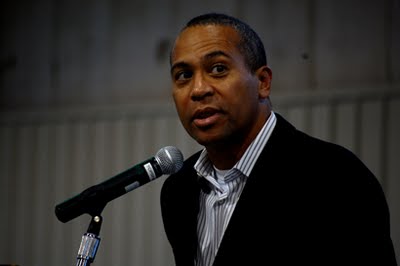 Massachusetts art folks had a crush on Deval Patrick (pictured here) when he ran for governor in 2006. People loved it when he said in his victory speech that November that "You are ... artists looking to be valued” and "We have a mandate ... to help the creative economy flourish.”

But the question has always been: Who are Governor Patrick and other Massachusetts political leaders talking about when they say they support the creative economy?

One way to check is by looking at the “Economic Summit” that Patrick held at the Federal Reserve Bank in Boston on Oct. 27 to “map a path to recovery” from the Great Recession.

How many members of the Massachusetts creative economy were among the “nearly 150 corporate, education, and non-profit leaders along with state officials” who were invited? Four, according to a state spokesperson. They represented the graphic design, film and game design industries. Not one of them was from the fine arts.

“We also invited representatives from the tourism industry, and economic development leaders and chambers of commerce from several regions that have creative economy rich regions,” writes Kofi Jones, a spokesperson for the state Executive Office of Housing and Economic Development, which spearheads the state’s creative economy initiatives.

This is a disappointment to those of us who like to think that the creative economy includes, say, artists. And the lack of representation of the fine arts in state creative economy efforts is not an isolated incident. 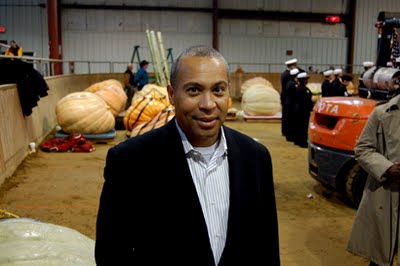 In October 2008, Governor Patrick signed into law a landmark bill establishing the first state-level Creative Economy Council in the US. The 25-member board to support businesses "providing creative services" that the bill created mandated representation by lodging and restaurant associations but did not guarantee a seat for the architects, artists, filmmakers, computer-game creators, designers, and advertising folks it defines as the creative part of the creative economy.

Cheryl Warrick, a painter from Jamaica Plain, did end up being appointed to the council, and other creative types – from the game, film, design industries, etc. – have served on subcommittees. But it remains telling that the landmark Creative Economy Council was more concerned about representing hotels and restaurants than artists.