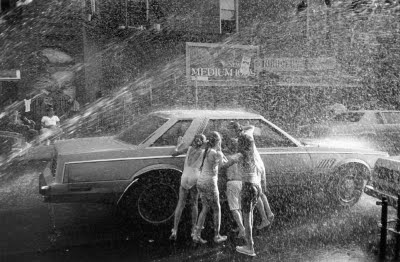 From my review of Providence artist Stewart Martin's exhibit "Photographs Personal Favorites, 1975-2007" at AS220 in Providence:

The art star Keith Haring cameos in Martin's "Personal Favorites 1975-2007." Haring is young and energized, in leopard print eyeglasses, a tank top, and jeans, as he chalks a picture of a person with snakes wiggling out of his head onto a blacked-out billboard at New York's 23rd Street subway stop in the mid-1970s.

It's a dash of celebrity amidst Martin's black-and-white documentary photography of unknown folks populating the old, weird America. He photographs a road cutting through a snowy rolling Vermont mountain valley, as seen through the frosted windshield of a bus, or children crowding around a car under the spray of a fire hydrant opened up on a summer Brooklyn street. These are iconic, radiant moments. 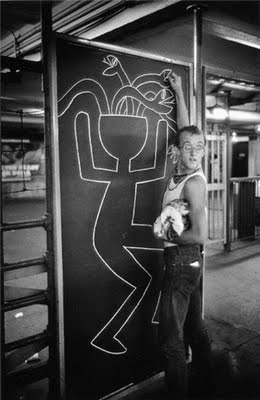 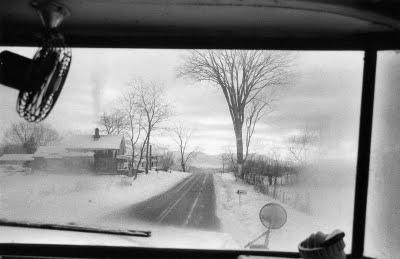 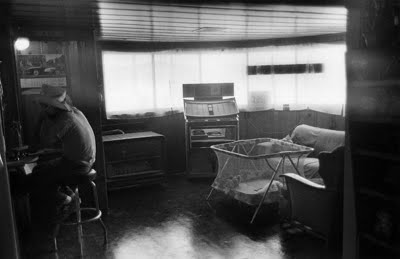 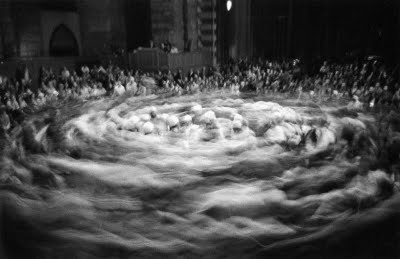 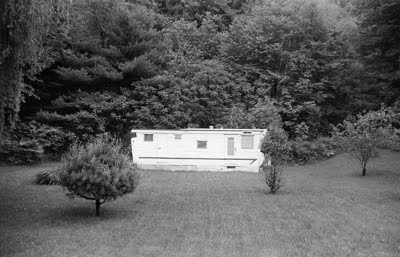 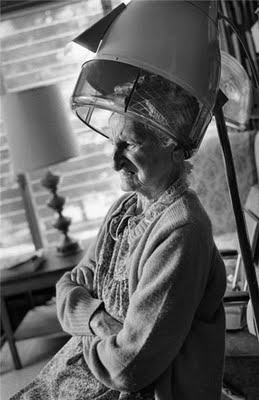 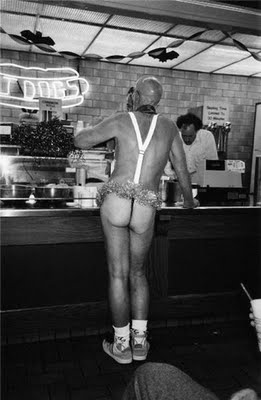 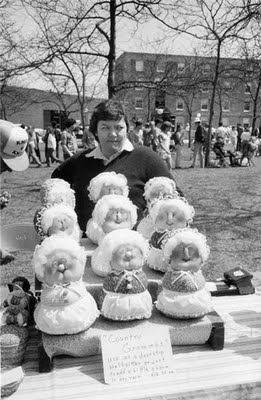