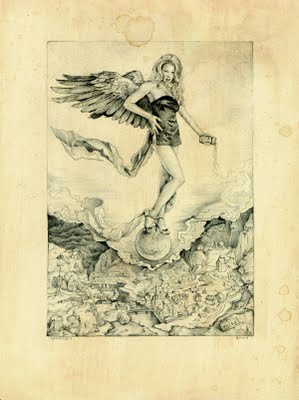 Killen's sacrilegious smut is in outrageously poor taste — purposely so — and so pointing this out sounds more like a compliment. And the guy can really draw, in this case using the antiquated medium of silverpoint, a technique Durer himself used in the 16th century. It reads as a challenge: anything Durer can do I can do too. At times, Killen seems to be pointing out the smut running through old master art that has been given a patina of class by time. But the weakness is that it mostly reads as a sweaty middle school one-liner.