Brandeis University has switched from a former Massachusetts attorney general to a lawyer named Rose to defend itself against a suit filed by three overseers of the school’s Rose Art Museum last July aiming to force the school to not sell the museum’s treasured collection and to keep the museum open and functioning as it was until Brandeis administrators threatened in January 2009 to close it.

Thomas Reilly (pictured at left), the former state attorney general, had been representing the Waltham school in the case as well as in its response to the current Massachusetts attorney general’s investigation into possible misuse of donations to its Rose Art Museum stemming from school leaders’ threat to shutter the museum and sell off its collection.

But now Brandeis has switched to Alan D. Rose (pictured at left) 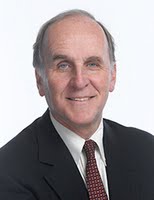 of the Boston law firm Rose, Chinitz & Rose to represent it in this matter. Rose is apparently no relation to the Rose family who gave the Rose museum its name – it’s just a delightful coincidence.

A Brandeis spokesman did not respond to requests for comment about the switch.

The next hearing in the case is scheduled for March 3 at Suffolk Probate and Family Court in Boston.