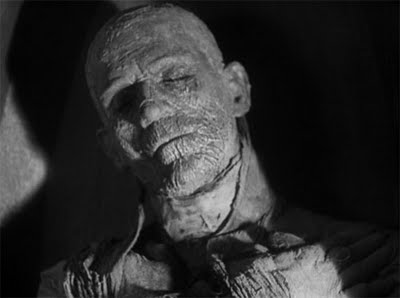 Tutankhamun – best known by his nickname King Tut – is threatening to put a curse upon Boston’s Museum of Fine Arts unless it retracts advertisements it has been airing on public radio claiming its “The Secrets of Tomb 10A” exhibit features “the greatest tomb ever uncovered.” 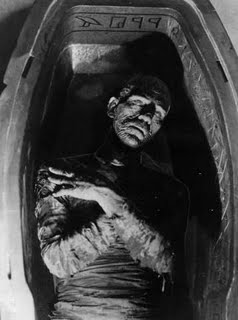 The 14th century B.C. Egyptian pharaoh made his statement during a press conference held on the steps of the museum’s State Street Corporation Fenway Entrance overnight. “Djehutynakht’s tomb is pretty great,” Tutankhamun said via an interpreter. “But the greatest ever uncovered? His tomb – Tomb 10A, as the MFA so inelegantly calls it – is like a firefly compared to the sun that is my tomb.”

When Tutankhamun’s tomb was unearthed by British archaeologist Howard Carter in 1922, the treasures inside were hailed by The New York Times as “equal to art objects of any age.” When Carter died in 1939, the Times called the tomb’s unearthing “the most dramatic discovery in the history of archaeology.”

“And I’ve seen that ‘Leonardo’ that everyone’s talking about,” the mummy added, while making air quotes and referring to the rumor published in The Washington Post that the MFA may secretly have a painting by the Renaissance master Leonardo da Vinci. “It’s no Leonardo. And it’s not even that good a ‘Leonardo.’"

Tutankhamun declined to comment on a recent report in The Journal of the American Medical Association that said he died of malaria combined with a degenerative bone condition, and that his penis "is well developed." "How dare you ask such questions of the pharoah," he sputtered, by way of his translator, before storming off with a stiff-legged gait. "This press conference is over!"