“Art and Empire: Treasures from Assyria” at MFA 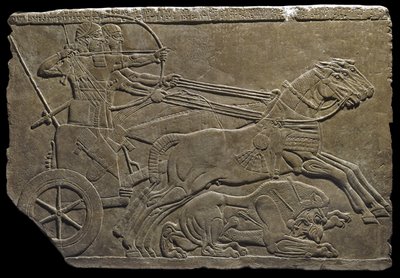 From my review of “Art and Empire: Treasures from Assyria in the British Museum,” which opens Sunday at Boston’s Museum of Fine Arts:

In 1841, Austen Henry Layard was traveling to India, by way of Baghdad, to find work practicing law. But the Brit craved adventure, and he seized every excuse to wander off track. So in what is now northern Iraq, he rode his horse into mounds near Mosul. He spotted pottery shards and fragments of mud bricks that got his mind working over the old tales that this had been the site of the ancient Assyrian capital of Nineveh.

“Desolation meets desolation,” Layard wrote, “a feeling of awe succeeds to wonder; for there is nothing to relieve the mind, to lead to hope, or to tell of what has gone by. These huge mounds of Assyria made a deeper impression upon me, gave rise to more serious thoughts and more earnest reflection, than the temples of Balbec and the theatres of Ionia.”

He continued on to what is now Iran but soon abandoned his journey to India, and in 1845 he secured funding (first from a British ambassador, then from the British Museum) to return to Mosul for an archæological dig. The marvels he unearthed are the core of “Art and Empire: Treasures from Assyria in the British Museum." 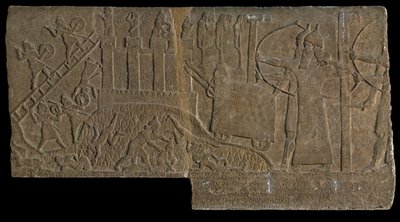