More on Mergel going to MFA

From my extended report on ICA curator Jen Mergel (pictured) moving to the MFA: 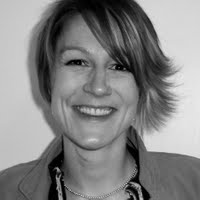 Each time the museum has hired a new contemporary-art curator, we've been told that it's renewing its commitment to the art of today. This time out, MFA director Malcolm Rogers announced, in a prepared statement, that Mergel's "vision will enable the MFA to reach new audiences as we expand the presence of contemporary art at the museum."

Of course, back in 1998, Cheryl Brutvan arrived from Buffalo's Albright-Knox Art Gallery with similar hopes, following the departure of long-time MFA contemporary curator Trevor Fairbrother. "She has the personality to fit into the team here, and to be a leader in the contemporary-art community," said Rogers at the time.

That didn't pan out. Over the past decade, the MFA has rarely given its contemporary-art curators the space or the backing to present shows as ambitious as the ICA's 2008 Tara Donovan retrospective, which Mergel curated with (Nicholas) Baume. Brutvan ended up producing mainly smallish exhibits in the West Wing's Foster Gallery. The MFA's big surveys of art from the past century — Ansel Adams in 2005, David Hockney in 2006, Edward Hopper in 2007 — were organized by other departments, or by other museums.

In July 2008, Brutvan announced that she would be leaving the MFA, apparently without having another job lined up. In January 2009, she became curator of contemporary art at the Norton Museum of Art in Florida.

"Over the years I've been here, there's been a gradual development of the contemporary programming," Rogers, who has led the MFA since 1994, tells me. "I think over the past few years, the programming has gotten stronger and stronger. But with just the Foster Gallery, we haven't had the space to do things on a grander scale, or even to exhibit our own collection."