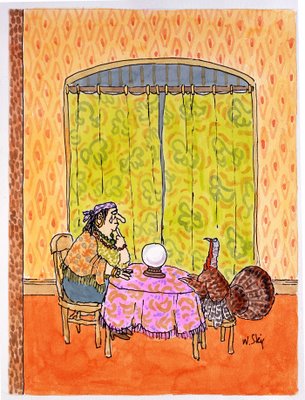 William Steig, the great New Yorker cartoonist, spent the last decade of his life living in an apartment in Boston’s Back Bay before his death in 2003. There’s a new exhibition of his work at New York’s Jewish Museum and an accompanying catalogue that I’m going to be writing about here soon. But in the meantime, as a timely preview, above is a Steig cartoon that was published in The New Yorker in 1992. 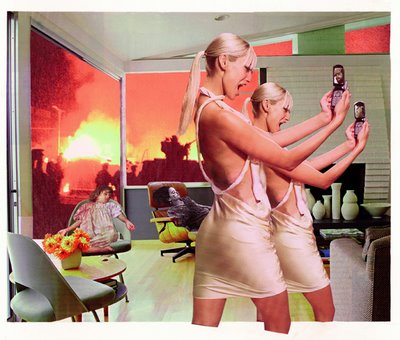 I interviewed Martha Rosler for my review of her Worcester show. Here’s a couple things she said.

It was these two projected spaces, one idealized and the other cast completely into the other mode. It showed a picture of who we thought we might be if we only strove hard enough, our best selves, versus this picture of the rejected space. It just seemed like this is the way it had to be shown. It wasn’t about contrasting two realities, but two world views: our ideal self and this other thing which was the unacceptable reality of another place. One suggested we had agency, that we could create this world, and the other suggested that we had no agency, that others had agency, the military or elected leaders or terrorists, though that’s not the lingo of the day, other geopolitical forces. This was not an arena that we had any power over.

I wanted to – even at the loss of some self-pride – to go back to something that I had done many years before in exactly in the same way, or as close a way as I could, to say ‘you know this work of mine now’ for those who did, I must return to exactly the same form because we have sunk back to that same level, of a kind of indifferent relationship to what our country is doing. I wanted specifically to evoke a mood and invoke a way of working, to say, "Tout la change, tout la même chose.” 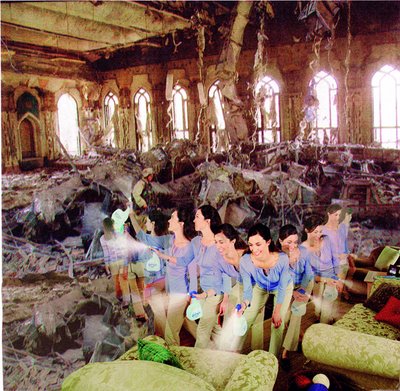 Here’s the beginning of my review of Martha Rosler’s exhibit at the Worcester Art Museum:

Martha Rosler's exhibit "Bringing the War Home" at the Worcester Art Museum unites the New York artist's signature anti-Vietnam War montages with her recent anti-Iraq war work for a jolting, heartbreaking look at the echoes between the two conflicts.

Rosler was a pioneering feminist and political artist of the '60s and '70s. In her original "Bringing the War Home: House Beautiful" montages from 1967 to '72, she cut up magazines and pasted together war and home-decor photos to create nightmare scenes that recalled the World War I-era photomontage satires of German Dadaists Hannah Hoch and John Heartfield. Sticking the war into familiar American kitchens and living rooms made a strange, foreign, halfway-around-the-world fight seem more real, more shocking. 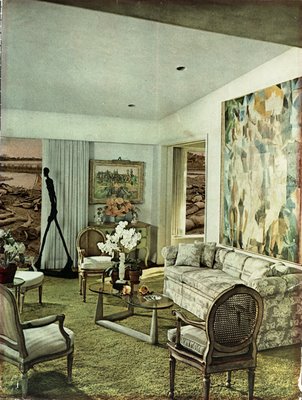 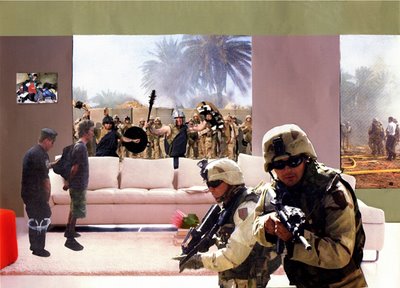