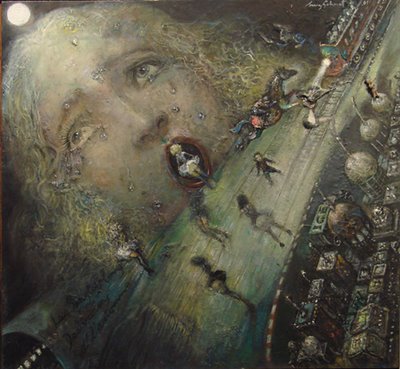 An excerpt from my review of exhibitions of work by Henry Schwartz and Arthur Polonsky:

In 1991, a year after his big retrospective at the Fuller Museum of Art, Henry Schwartz painted a series of small dark allegorical scenes mixing burlesque dancers, portraits of German intellectuals, crying women, and dense cities. Soon after, he would fall into a debilitating depression that he would not emerge from until early 2007. Those 1991 paintings, now being exhibited for the first time at Gallery NAGA, are the last he has made.

This eight-painting exhibition coincides with a career-spanning retrospective of 35 paintings, drawings, and prints by Arthur Polonsky at the Danforth Museum. Both men are part of the Boston Expressionists, a loose group of local artists that first became known and linked in the 1930s and '40s for their moody, painterly realism. The Polonsky and Schwartz shows demonstrate the range of the style. 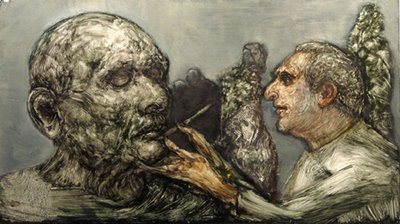 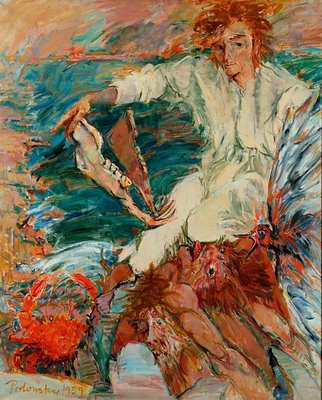 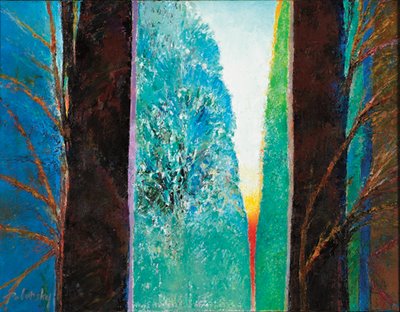