Our hearts are with Mumbai 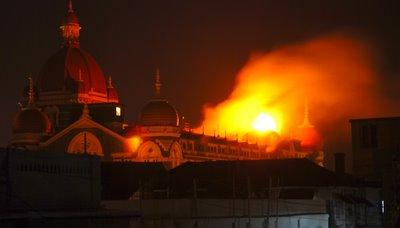 These are a couple of the astonishing, heartbreaking photos by Bostonian Arun Shanbhag, of Massachusetts General Hospital, documenting the Mumbai terrorist attacks, their aftermath and the government response. Universal Hub reports that he happened to be visiting his parents in India when the terrorists attacked. See more of his photos here and here.

Globe: NEJAR is “best of the (local) web” 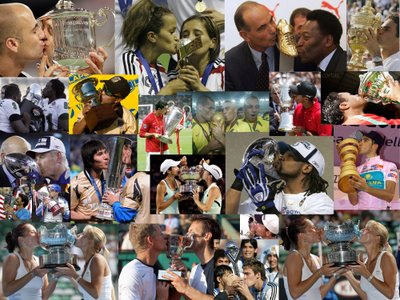 The New England Journal of Aesthetic Research is honored to be named one of "64 websites on Boston life that you should know” by The Boston Globe. We would like to thank everyone who made this possible.

Illustration (above) by The New England Journal of Aesthetic Research on the theme of being honored. Click on it to view it in its full glory. 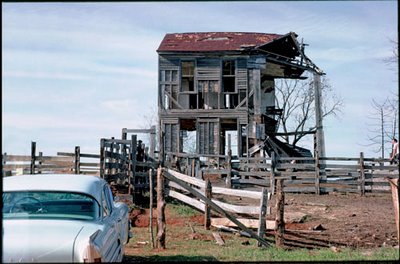 From my review of “William Christenberry Photographs, 1961-2005” at MassArt:

Like a just-the-facts-m'am surveyor, the Washington (DC) photographer catalogues tumbledown homes and barns and churches of his native Alabama threatened by creeping kudzu, with nary a person in sight. The majestic rot, amplified by period nostalgia (love those old cars, shacks, and soda signs), gives a melancholy romanticism to his images, but the soul is in his Southern Gothic subjects, not in his compositions. 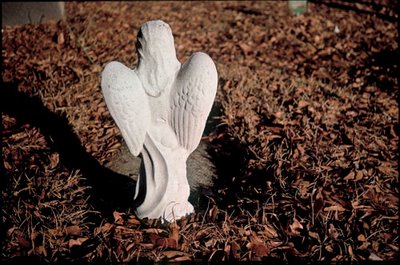 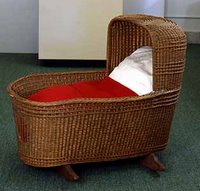 One of most magical Pilgrim relics is the Peregrine White Cradle, which is part of the collection of Pilgrim Hall Museum in Plymouth, Massachusetts.

Tradition has it that Susanna and William White brought the oak, maple and willow wicker cradle with them from Holland when they sailed over on the Mayflower. And it held their son Peregrine, who was born aboard the ship in Provincetown harbor in November 1620.

Whether the cradle really made that legendary voyage or arrived later, it stands as a physical symbol of the birth of New England and the cradle of (European) America. 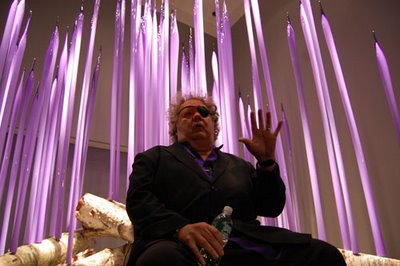 “Chihuly’s work is American in its apparent vulgarity, its brazenness and its fearless to move further out west even if there is no further west to move to.” – Henry Geldzahler in “Chihuly: Form from Fire,” 1993.

I think Geldzahler was right on about Dale Chihuly [pictured above]. And I kept thinking of his words when I went to see “Chihuly at RISD” at the RISD Museum. My review:

The main problem with “Chihuly At RISD” is that there’s not enough Dale Chihuly here. The preeminent Seattle glass artist can be cheesy and slight, but when he’s on he wows you with jam-packed, dreamy, rainbow-laden, happy spectacles that seem like mutant hybrids of wedding cakes, balloon animals, and teeming tropical reefs. It’s about too-much-of-a-good-thing excess, but this show — even with more than 30 works — feels spare and small.

Pictured from top to bottom: Dale Chihuly on Sept. 24, 2008, with his “Neodymium Reeds,” “Mille Fiori,” and Chihuly with his “Baskets.” Photos (and a few more here) by The New England Journal of Aesthetic Research. 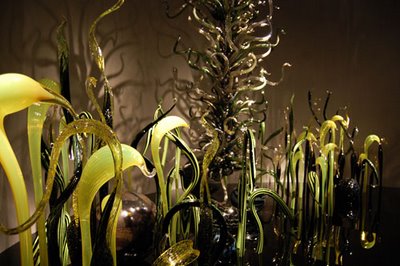 I spoke with Eleanor Callahan and her daughter Barbara Callahan Hollinger (pictured above in 1953) on Nov. 11 when they came up from Atlanta (where they live) to see “Harry Callahan: Eleanor” at the RISD Museum. Below are some excerpts from the interview:

Eleanor: “I think from the time that I was introduced to him until he passed away, we were very close. If he had to go any place I would go with him. That’s what I mean. So I would appear in every area where he wanted me to be.”

Eleanor: “He just liked to take the pictures of me. In every pose. Rain or shine. And whatever I was doing. If I was doing the dishes or if I was half asleep. And he knew that I never, never said no. I was always there for him. Because I knew that Harry would only do the right thing. I never had any fear. Harry could do whatever he wanted with me and my body.”

Barbara on posing for her father: “It was fine when I didn’t really stop to think about it. But he never did things quickly. So you had to be more like Eleanor. So about the time I was 9 or 10 I didn’t want to stop.”
Eleanor: “She was the daughter, she was the little child.”
Barbara: “He would take so long to pose something and get it the way he wanted it that it wasn’t a quick thing. And I’m ADD enough that … So he said it was hard to keep me still. So you don’t really see much of me after that.”

Related:
The Smithsonian’s Archives of American Art offers the transcript of a 1975 interview with Harry Callahan in Providence. The interview is so-so, but it’s interesting to sample an extended conversation with Callahan.

Pictured from top to bottom: Harry Callahan, “Eleanor and Barbara,” 1953, and “Eleanor, New York,” 1945. Both are copyright the Harry Callahan Estate.

National Day of Mourning and Thanksgiving in Plymouth 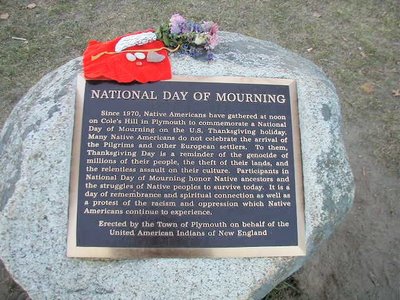 Plymouth is the place to be on Thanksgiving – as Native Americans and European-Americans hold events presenting contrasting histories and todays via rival monuments and pageantry.

At noon Thursday, United American Indians of New England gather by the statue of Massasoit and the Mourning Plaque (pictured above) on Cole’s Hill for their 39th annual National Day of Mourning. Native people will speak about “our history and what is going on with us now and the struggles that are taking place throughout the Americas.” Then they will lead a march through Plymouth’s historic district, followed by a potluck social at First Parish Church. Organizers say, “Help shatter the untrue glass image of the Pilgrims and the unjust system based on racism, sexism, homophobia and war.”

Plymouth events earlier Thursday are scheduled to include “Pilgrim Progress,” a costumed reenactment of a Pilgrim march, beginning at 10 a.m. at the Mayflower Society House on North Street, heading to Burial Hill, and then coming back again.

On Nov. 22, the town already held “America’s Hometown Thanksgiving Parade” (pictured below). Organizers say, “This is one of America’s only historically accurate chronological parades, visually bringing to life America’s rich heritage representing each century from the 17th through the 21st. In showing the preservation of America’s history through the years, beginning with the Pilgrim era, we promote an appreciation among our citizens for our rich heritage.”

The museum was one of nine recipients of this year’s medals, which honor “individuals or groups whose work has deepened the nation’s understanding of the humanities, broadened our citizens’ engagement with the humanities, or helped preserve 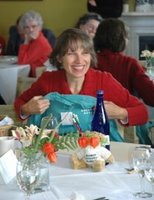 and expand Americans’ access to important resources in the humanities.”

In other Rockwell Museum news, Linda Pero (pictured left), curator of Norman Rockwell collections, retired in October after 24 years at the museum.

Obalil named president of RI Citizens for the Arts

Deborah Obalil, an art consultant and former executive director of Alliance for Artist Communities, has been named the new board president of RI Citizens for the Arts, the arts advocacy organization announced today.

The nine-year old organization is also in the process of hiring its first staff executive director. This new three-quarter-time job would replace the position of director, which Lisa Carnevale has filled, she says, on a sort of “independent contractor” basis. She tells me she’s applying for the new position.

The Addison Gallery at Phillips Academy in Andover is cutting its budget by two percent “like every other department” at the school, Addison Director Brian Allen announced Thursday in a report on how the down economy is affecting the institution.

“I think the economic downturn will be deep and will last quite a long time,” Allen writes. “The staff and I here at the Gallery will look not only at reductions allowing us to comply with the 2 percent guideline set by the school, but we will also look at everything we do with the belief that changes we make now will prevent more painful changes later. … The Addison will weather this storm.”

Allen foresees a drop in the Addison’s endowment, which provides 55 percent of the institution’s revenue. The museum, he writes, likely also faces declines in financial donations, both for its annual income and its $30 million renovation, expansion and endowment project ($8.5 million still need to be raised to meet the goal).