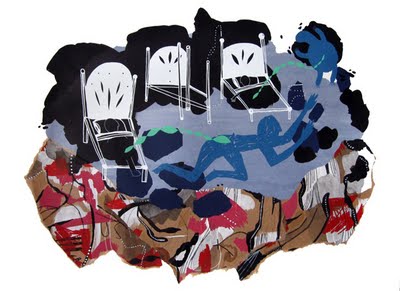 From my review of Providence artists Jo Dery, Steven Easton and Olivia Sauerwein at 5 Traverse gallery in Providence:

Jo Dery of Providence presents a mystical cartoony allegory about a curious raccoon and a chimney sweep haunted by turtles, plus cameos by philosopher René Descartes and economist John Maynard Keynes. And there are enticements to tap the animal spirit in the heart of your mind. 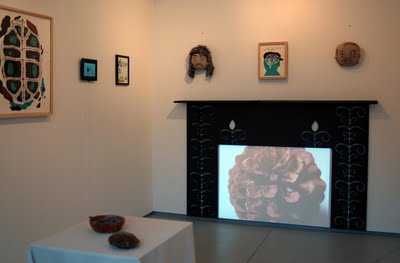 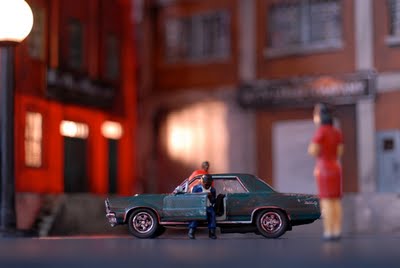 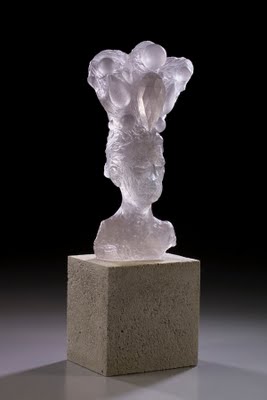 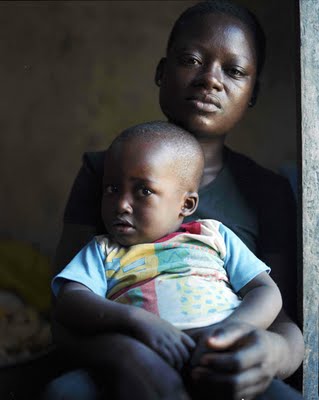 From my review of Shannon Heuklom and Tobias Goulet, both of Providence, at Firehouse 13 in Providence:

Shannon Heuklom of Providence spent the past two summers helping at a rural clinic, serving some 2000 HIV-positive patients, that is run by the nonprofit Hope Through Health in the West African nation of Togo.

"Fathers are going into cities to work, through some kind of sexual activity get HIV-positive, then bring it home to their wives," Heuklom tells me. When the wives become pregnant, they transmit the disease to their babies.

Heuklom brought along her medium-format camera to photograph patients visiting the clinic as well as people in their homes when she tagged along when workers from the clinic — who can speak from experience since they're usually HIV-positive themselves — to check on people's health, make sure they're sticking to their regimen of anti-retroviral medicines, and provide emotional support. "We can take a death sentence and turn it into a chronic issue and you can live a fairly normal life," Heuklom says. "And that should be for everyone."

Pictured from top to bottom: Photos by Shannon Heuklom and Tobias Goulet.

Helen Molesworth, head of the department of modern and contemporary art at the Harvard Art Museum since 2007, has been named chief curator at Boston’s Institute of Contemporary Art. She is expected to begin work on Feb. 22, taking the place of Nicholas Baume, who left in September to become director of New York’s Public Art Fund.

Previous to joining Harvard, Molesworth was chief curator of exhibitions at the Wexner Center for the Arts in Columbus, Ohio, where she co-curated the first United States retrospective of Luc Tuymans. Before that she was curator of contemporary art at the Baltimore Museum of Art from 2000 to 2002; and director and curator of the Amelie A. Wallace Gallery at State University of New York (SUNY) in Old Westbury from 1997 to 1999. Molesworth also served as senior critic at the Yale School of Art and taught at the Bard Center for Curatorial Studies; SUNY, Old Westbury; and the Cooper Union School of Art. She was a co-founding editor of “Documents,” a magazine of contemporary visual culture. She received a Ph.D. in the history of art from Cornell University in 1997. 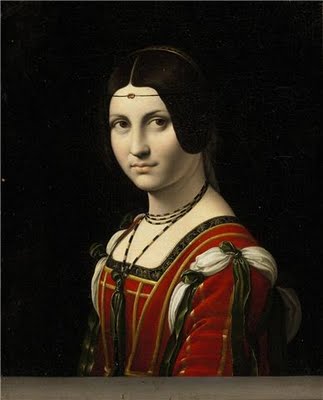 In the interest of keeping the MFA “Leonardo” rumors going, we note that Sotheby’s plans to auction a “Leonardo” painting in New York on Jan. 28. Could this be the painting that Boston’s Museum of Fine Arts is rumored to “have in its possession,” at least according to The Washington Post? Alas, probably not. But just in case, we asked if the MFA or their representatives have shown any interest in purchasing this painting.

“I don’t have the information regarding your question, nor are we able to share that information,” a Sotheby’s spokesperson says.

Which means that you could own this “Portrait of a Woman” called “La Belle Ferronnière” (pictured here) for somewhere between $300,000 and $500,000, if Sotheby’s estimates prove accurate. The auction house attributes it to a “Follower of Leonardo da Vinci” and says it depicts “a lady in three-quarters profile, the portrait is another version of a composition in the Louvre, now believed to be by either Leonardo or one of his pupils, depicting Lucrezia Crivelli, a mistress of Ludovico Sforza, the Duke of Milan.”

MassArt professor emeritus Dean Nimmer has won the 2010 "Distinguished Teaching of Art Award" from the College Art Association, the New York-based nonprofit has announced. The award will be presented at the association's annual conference in Chicago on Feb. 10.

Nimmer, the association says, "has had a distinguished, dynamic, and astonishing career as an educator, empowering generations of artists through his enthusiasm and unbridled creativity. After thirty-four years of teaching painting, drawing, and printmaking in Boston, Nimmer thwarted all expectations for a retired professor by embarking on a second career as community arts educator, author, and provocateur. His recently published book, Art from Intuition: Overcoming Your Fears and Obstacles to Making Art (New York: Watson-Guptill, 2008), is a vehicle for him to share his wisdom with a new generation of artists and educators."

Avish Khebrehzadeh: Backyard and other stories 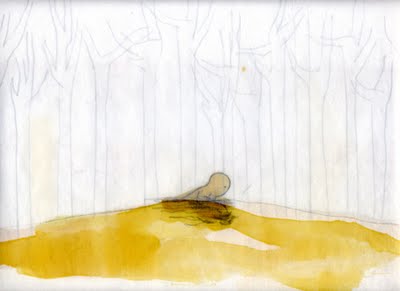 From my review of "Avish Khebrehzadeh: Backyard and other stories" at the RISD Museum in Providence:

On view are four brief poetic animations by Avish Khebrehzadeh, an Iranian artist who lives in Washington, DC and Italy. They are sweet but often slight, like 2005's A Swim in which a simple, bald schematic figure wades into yellow water and swims. That's it.

From my review of "Carey Young: Uncertain Contracts" at the RISD Museum in Providence:

You could be forgiven if you sometimes thought that corporations are the root of what's wrong with the United States. Enron, AIG, Blackwater, Monsanto. Need I go on? But one of the curious facts about our country is how corporations were central to our founding. We praise the Pilgrims' 1620 pledge to "combine ourselves together into a civil body politic" in their "Mayflower Compact" as a model for our Constitution. But it is also a corporate contract by people pledged to founding a money-making colony for their financial backers in Europe.

I found myself mulling these notions during a visit to Carey Young's "Uncertain Contracts" at the RISD Museum (224 Benefit Street, Providence, through April 18). The Zambia-born, London-based artist's pieces here adopt the trappings of contracts as a variation on the basic format of conceptual art, from Fluxus performance scripts to Sol Lewitt's instructions for making drawings. Young recognizes that these scripts and instructions are a sort of contract, and then bends the format toward critiques of our nation of laws and business agreements.